René Venendaal is the director of Biomass Technology Group in Enschede, Twente. BTG is involved in the development of bio-energy technologies and the production of biofuels. Biofuels are sustainable sources of energy. René has consciously opted for his career path. From an early age, he knew he wanted to contribute to a better and more sustainable world. “Working purely for money does not satisfy me. I also want to be meaningful.”

René has always been ambitious. He likes challenges. As a teenager, he chose to go to a distant school, just to study at a gymnasium. He was attracted to this level because it seemed difficult to him. René grew up in the time of the oil crisis and the Club of Rome report. These events strongly influenced his later choices in contributing to a more sustainable world. After finishing secondary school, René opted for an ambitious study at the University of Twente (UT): a double degree in chemical technology and business administration.

After his studies, he started as a junior consultant at BTG. At the time, BTG was doing quite a lot of development work. This was attractive to René. “Yes, I consciously chose to do development work at the time. I wanted to help developing countries and do something with sustainability.” Choosing to work for BTG was a conscious decision. “Technology was interesting to me, but only up to a certain extent. I would not be able to work on it day and night. I wanted to combine business, international work, travelling, being meaningful and sustainability.” 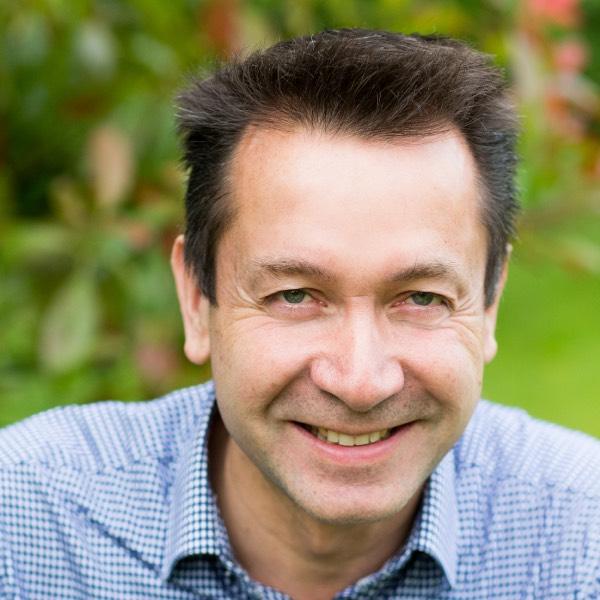 BTG is the abbreviation of Biomass Technology Group. BTG is specialised in the conversion of biomass into fuels, energy and biobased raw materials. BTG is an independent and innovative knowledge company that advises, researches and develops projects and technologies. For example, one of the company’s spin-offs produces pyrolysis oil. Pyrolysis oil is a liquid oil made from solid biomass, and therefore is a renewable and sustainable alternative to fossil fuels. In addition, the use of pyrolysis oil reduces greenhouse gas emissions by 85-90% compared to natural gas. The pyrolysis plant in Hengelo produces around 20 million litres of pyrolysis oil annually. Aside from striving to make sustainable products, BTG aims to make its production chain sustainable. In recent years, BTG has already managed to halve its CO2 footprint. The goal is to reduce its footprint to zero.

Technology from Twente with global impact

According to René, technology is a means by which the difference between rich and poor can be bridged. He used his technology and knowledge to make a difference in countries that really needed it. “Every time I returned from abroad, I noticed how people here complain about things that are already quite well organised. There is a stark contrast to Asia and early-stage developed countries, in which a lot still had to be done. BTG is a UT spin-off and did a lot of development work for the World Bank and UN organisations.”

Bio-oil from Twente wins an award

Later in René's career, BTG increasingly became a high-tech company. When BTG stopped operations abroad and hardly did any development work, René started looking for meaningful work in the region. The energy transition caught his attention: the process of replacing fossil fuels with sustainable and renewable sources of energy. According to René, bioenergy, BTG's specialty, is just one piece of the complex puzzle of the energy issue. “Bioenergy is one form of sustainable energy, in addition to, for example, solar, wind and geothermal energy. These forms interact with each other. I see the energy transition as being a complex puzzle with more than a thousand pieces. It gets more complicated because the pieces change shape almost weekly. This means that once a piece has been placed, its environment may have already changed, or some other change may have occurred. It is a continuous process, and gradually, that puzzle is finishing.”

Collaborating for a sustainable future

Everyone must contribute to a sustainable future, according to René. The energy issue is something that concerns everyone. In addition, there is a lot of uncertainty. This uncertainty, however, must not immobilise us. Venendaal: “You can attach yourself to false certainties, but everything that now seems certain is not so obvious. It can be gone in a flash. Chinese wisdom dictates that ‘If there is a storm, bend in the wind like a reed’. It cannot be that people, on the one hand, say that they want to contribute to the energy transition, while at the same time blocking initiatives in their backyards. Everyone has to bend a little and be flexible.”

René tries to use his knowledge and skills to stimulate sustainable energy production not only in business but also in politics. There is a lot to gain. “Politicians do not always make decisions based on facts. For example, quite a lot of fiction on windmills was created. I feel like my task is to be involved.” René advises the province of Overijssel on the implementation of the “New Energy Overijssel” program. He has pushed himself forward to be a partner in the program. “If you want to influence what the future will look like, you need to co-author the plans. After doing that, I worked as a portfolio manager to implement the plan we wrote.”

In addition, the province of Overijssel has asked him for advice because of his role as chairman within the Bioenergy cluster Eastern Netherlands (in Dutch: Bio-energiecluster Oost Nederland, BEON). BEON is a partnership between 25 companies and knowledge institutions that are all committed to sustainable energy in general and bioenergy in particular.

René, for example, advised many municipalities in Twente on how many solar panels and windmills must be installed and how much energy from biomass or geothermal energy must be generated. This way, municipalities get a concrete implementation plan on how to deal with the energy transition. René Venendaal, the director of BTG in Twente, is eager to work for a better world. With his idealistic attitude and decisiveness, René is not only invaluable for Twente as a region but globally.

Twins from the UT improve education and the business community

Turning a former landfill into a solar park

Common in the future: air conditioning without electricity

Development of electric superbike goes to the edge

Both disappointment and euphoria during the world championships

Aurora 2 is again the most efficient hydrogen car

Renewable energy in the maritime sector

Sound waves to cool your building