This article is part of the series 'Twente Lives!' Here you can read personal stories about living, working and living in Twente. According to the talents we speak, life is good in Twente. The beautiful nature, the space, the down-to-earth mentality; all things that characterise Twente. Also, there are career opportunities! Twente has many innovative, international and future-proof companies that are crying out for staff. Want to know what Twente offers? Read the story of Maarten Morsink below.

Maarten Morsink was born in Soest and has since moved several times. His father worked at the Ministry of Defence, and at the time it was normal for the family to go with him if the Ministry placed him somewhere. For example, they have seen various parts of the Netherlands and Germany. Since the fifth grade of primary school, Maarten lived in Nijverdal, and he feels that he grew up there. Nijverdal feels like home to him.
After high school, Maarten went to the Military Academy to attend the Officer Training. "As a child, I used to shout that I would never go to the Defense Department. But somehow I became curious about the adventure, the exciting things, and the many responsibilities you get there. Both my father and my brothers always spoke with great enthusiasm about it, so the career path was quite attractive for a 17-year-old."

In three and a half years, Maarten did the Officer Training (in Breda) and stayed there during his studies internally all week. "My wife, also from Nijverdal, studied in Nijmegen and we often travelled up and down to see each other. On the weekend we went back to Nijverdal together. After my studies, we bought a house in Nijmegen, because my wife was still studying, and I worked in Arnhem. But we always said, 'If possible, we'll go back to Nijverdal.' And it worked!"

"At the Ministry of Defence, I had a delightful time. I had a leadership position for a team of about 30 men at a very young age. We were looking for a lot of adventure and have seen a lot of the world. But my wife and I were getting older, and we wanted a family. I'd like to be the father who's present for his family, so then came the search for a new job. I started with a master's degree in Business Administration and researched what else I like in terms of work." 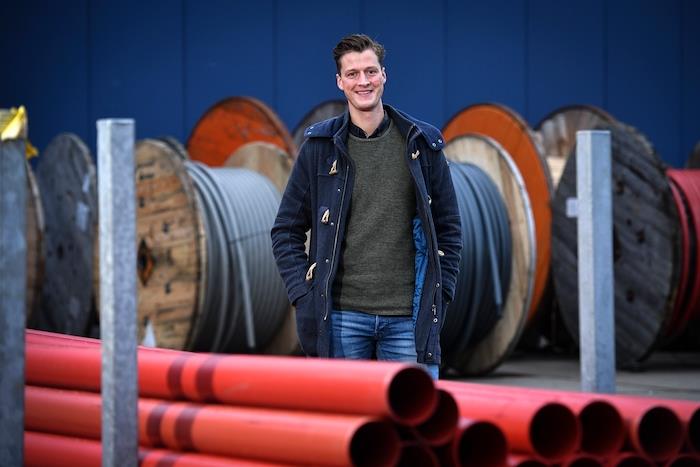 Maarten soon found out he is not a type to work in the commercial sector. "I want to make myself useful, and at the time, I was very consciously looking for a company with a clear social added value. I soon ended up at Enexis. There is so much going on in the energy industry now, and that's what attracts me. Enexis Group fulfils an important role in accelerating the energy transition, and I would like to contribute to this."

Maarten Morsink, currently in the department manager position, has been working at Enexis Netbeheer for almost four years now. "I am currently responsible for three teams within Enexis Netbeheer, about 80 employees. Many of them are technically trained, and I am incredibly proud of our team. Do you know that the Netherlands has one of the best and most reliable electricity networks in the world?"

The way we use energy is changing, and at all parts of Enexis Group, this is clearly visible. "Many people care about sustainability, and we see this in our work as well. In the past, households only consumed electricity, so there was a one-way street in our network. Now, generating power happens with solar panels, for example. This power has to go back into our grid. It involves a whole new set of tasks. I expect this will only grow in the coming years, giving us even more significant challenges at Enexis Netbeheer." 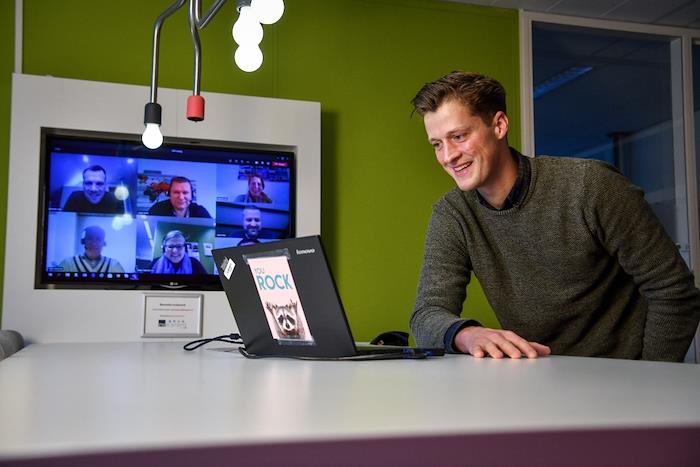 Although Maarten has lived in many places in the Netherlands, both with his parents and with his wife, Nijverdal always feels like home. "Seen on the map, Nijverdal is right on the border of Twente and Salland. But if you ask any resident of Nijverdal where it is, they all say it's in Twente. Although I was not born in Twente and Nijverdal is probably a doubt, I do feel like a real Twentenaar!"
"I feel at home in Nijverdal for a lot of reasons. I got a girlfriend here, who is currently my wife, and have a wonderful family. This is where our family lives, we are in the middle of nature in no time, and we always are at ease. Twente feels a lot more comfortable for me than the other places where I lived. Everything is still so nice and carefree that the boys can grow up quietly, and I love the mentality. In Twente, we come to the point, and everyone is always helpful. Not only do I see this at work, but I also notice this in our neighbourhood. That's what makes Twente so beautiful for me."

According to the talents we speak, Twente is the ideal place to live and work. Do you want to know why? Read all the personal stories about living and making a career in Twente on Twente.com/Twente-Lives. Get a job right away? Check out our extensive job board.