How the “minds of tomorrow” are going to move Twente forward

After six years of de Rode Loper, this year was the first time with so many guests. Almost 900 entrepreneurs from Twente were present in Hangar 11 at Evenemententerrein Vliegveld Twente. This year’s theme was “talent”. Attracting and retaining talent is crucial for the socio-economic strengthening of the region. To keep developing the best solutions for global developments in the coming years, entrepreneurs, companies and politicians who can plan ahead and act are needed. The speakers and stage guests were unanimous about this; talent is the key to success in Twente. Also, Ondernemend Twente spoke about the key points of the strategic agenda: farmers as energy suppliers, Twente close by and building affordable and sustainable owner-occupied homes. Read on below about the inspiring speakers and their message.

After the attendees were visually and musically welcomed in a spectacular way, presenter Harm Edens took the floor. Harm Edens, Twente citizen in heart and soul, and better known as “Mister Sustainable” summarised the key points of the evening: connection, collaboration, sustainability, Twente as a green top technology region, solutions from Twente for global problems and, of course, the never overestimated importance of talent.

De Rode Loper’s programme is unique in design every year. This year, it started with an in-depth interview with Jeroen Smit, author of the book “Het Grote Gevecht” (The Great Fight) about a true Twente citizen; Paul Polman. “Our” Paul was a chairman at Unilever, and a lonely pioneer in the field of future-proof entrepreneurship. It is clear now that we can take an example from his working method. We keep discovering that we do indeed need a new form of entrepreneurship; one that focuses on the future, sustainability and a moral compass. 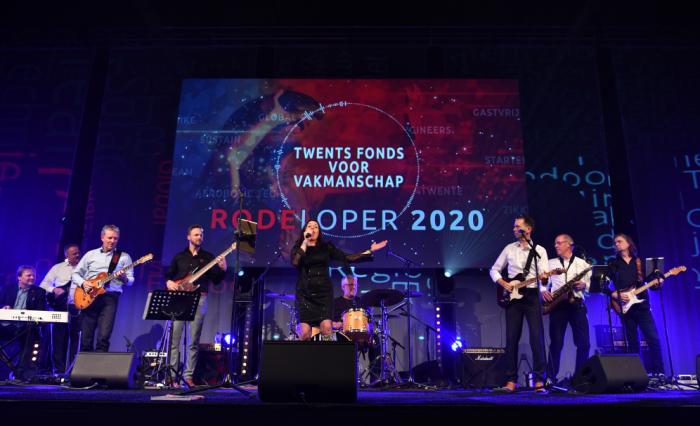 After this inspiring story, the “minds of tomorrow” were welcomed on stage. Robin Koops was the first to be interviewed. Robin Koops is a man with immeasurable perseverance and can be described as a real Gyro Gearloose. He is a machine builder who, on his own initiative and with his experience as a diabetic, sought a solution to diabetes. This condition holds the lives of many people in its grip. He presented his artificial pancreas, a device that controls your sugar management. After that, Emiel Kwekkeboom took the floor. Emiel returned from Amsterdam to Twente to set up his restaurant. His concept of having just one (but changing) menu counteracts food waste. Thirdly, the sympathetic Herman Reinten spoke about the new building in Borne, where 60% of the used materials are recycled. Brothers Bart and Tom Grobben were the fourth to talk. These innovative farmers are ready for the future. In addition to cow milk, they also produce vegetable soymilk on the farm that they inherited from their parents. Last but not least, the young and ambitions Carlijn Joosten informed us about Create Tomorrow, an event where 1000 students, scientists and the industries meet to solve the challenges that the future offers.

During the second part of the evening, Ondernemend Twente’s strategic agenda was the point of focus. What does the future of Twente look like? If it is up to Ad Louter, director of Urenco, we should at least have a high-speed railway connection between Amsterdam and Berlin, with a hub in Twente. Twente is located on Berlin Boulevard and is the hub to Germany. This connection will, therefore, give Twente an economic boost and is also crucial for attracting talent to the region. Hans ter Steege, director of Ter Steege Bouw, made a plea for the construction of affordable and sustainable owner-occupied homes: according to him, Twente is the living alternative to the Randstad. Having affordable and sustainable owner-occupied homes will increase Twente’s distinctive character. Talent, therefore, has another reason to choose Twente. The last speaker was René Venendaal, director of Biomass Technology Group (BTG). According to him, farmers are not the problem, but the solution. Innovative farmers from Twente are producing biogas by fermenting the manure from their own company and can thus provide the region with sustainable and renewable energy. The focus for Ondernemend Twente is this: Twente is an example to the rest of the Netherlands and to the world. Read more about Twente Stewardship new style here. 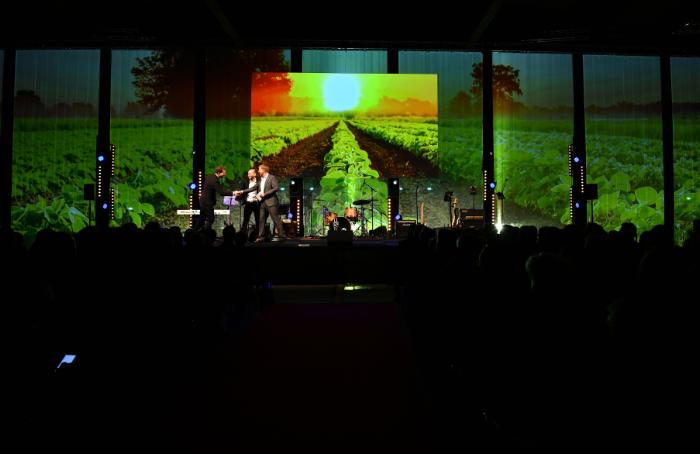 After a nice musical conclusion by the RED band with the song “You’ll never walk alone”, the attendees raised a glass to the new year. That 2020 may take us one step closer to a sustainable future. Want to read all the details of this exciting evening? Read the full report here.

BCorp Twente: Looking beyond growth in turnover and the number of employees

17 Partnerships for the Goals