Emiel Kwekkeboom is a chef in heart and soul. Not only is it his passion, but he is also very good at it. He won the gouden koksmuts in 2017, which means he was the Dutch cooking champion. Emiel has built a shining career in the west of the country and has worked at places like restaurant la Rive in the Amstel hotel. He loves cooking and his girlfriend Mandy, but he has also always remained in love with Twente. A year ago, Emiel returned to Twente to start his own restaurant, Joann. Emiel talked about all this during de Rode Loper 2020. Want to know more about his restaurant and why he took this step? Continue reading below.

Emiel Kwekkeboom was born in Losser and lived there until he was 21. After completing HAVO, he started his chef training at the Cas Spijkers Academy. The training was still in de Lutte at the time but is now part of the ROC in Almelo. Emiel had a good time there and gained the necessary knowledge for kick-starting his culinary career. He left for the west with his girlfriend Mandy and gained a lot of useful knowledge and experience there. He also worked at restaurant la Rive for seven years, which is part of the Amstel hotel. He did not only learn how to cook, but also how to manage large teams. 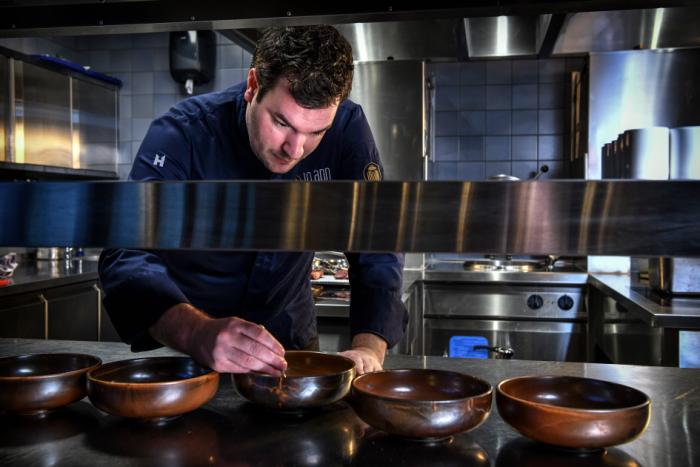 When Emiel won the gouden koksmuts in 2017, he received a lot of media attention. He remembers very clearly that he was asked at the time what his dream was. His answer to that question: starting for myself in Enschede.

“It was my dream to start my own restaurant in Enschede”

Three years later, he succeeded. “You are quite young, of course, when you are only 29 years old and already starting your restaurant. However, it went very well, and I like it a lot.” And what about Mandy, how does she see this? “Mandy once said in an article: it has always been Emiel’s dream, but I’ve slowly joined him in it.” The couple is happy that this opportunity has come their way, and they love being in Twente again.

Emiel says he really feels like a Tukker [person from Twente], and did not quite feel at home in the Randstad. He did experience that his Twente qualities were very useful to him there. “They were happy with it in the west. I think we have a nice sober personality in Twente, and just want to work hard. No whining but working. I have often been able to make a difference with that.”

Erik finds space for both career and hobby in Twente

Not just talk, but proof

During de Rode Loper 2020, Emiel appeared modest. Even though Harm Edens pushed him a bit, Emiel would rather not emphasise that what he is doing is very special. Looking back on this, Emiel says: “Some people didn’t like it and wanted me to be more self-confident, but that’s just not me. We only just started, so why would I shove it in everyone’s faces that we are doing so well right now. I want to prove myself first.”

“Prove it first, and the rest will come. I think that is our what makes us strong, in the end.”

Emiel lets the results of his work speak for themselves and prefers to work on himself instead of on how others see him. These characteristics and his drive for self-development have undoubtedly contributed to his success. He was not on stage at de Rode Loper without reason. As a chef, Emiel has won great prizes, and the concept behind Joann is greatly contributing to a better world.” 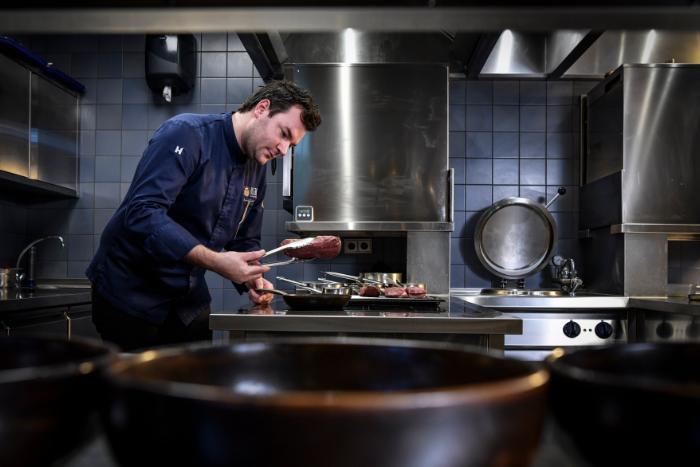 Joann works with one, ever-changing menu. Now you might wonder at first, how does this contribute to a better world? Emiel has deliberately chosen this option for sustainability reasons, among other things, because you can follow the supply and demand associated with the season in this way. “You are already more sustainable if you just follow the season because you work with readily available products. By not using certain types of fish during certain seasons, for example, they can reproduce better. You also use vegetables when they are in season, and therefore available. It is all connected.” This limitation also forces him to be creative with what he has available so that he can surprise his guests time and again. Joann is also focused on zero-waste.

“The average restaurant throws away so much, while we really don’t waste anything at all. We buy what we need daily, only for the number of guests we are receiving.”“Het was mijn droom om mijn eigen restaurant in Enschede te beginnen”