The innovative wearable is worn around the upper arm, and it measures vital functions such as heart rate, saturation and skin temperature continuously; 24 hours a day, 7 days a week. The device also has accurate location determination in case the client starts wandering around, and it has fall detection, which ensures that the client will not be stuck on the ground for hours after a fall. The wearable is also equipped with an emergency button.

This wearable is the first medical device that uses the Internet of Things, also known as NB-IoT. This is used to connect devices via the internet and thus exchange data efficiently.

This is also the innovative aspect of this wearable: the platform behind it. Direct care providers such as the GP, the hospital, home care and the informal carer are involved in monitoring the clients, and they are notified in various situations. Medical data is collected smartly because of the continuous monitoring of vital functions. It is stored on the SmartQare platform in a secure and pseudonymised way, according to government guidelines. Information is available in dashboards and apps in near-real-time so that the right care providers can intervene immediately, when necessary. Care providers can also use the collected data to analyse the client’s medical problems.

SmartQare developed this innovative wearable, and it will soon be produced at Demcon in Enschede. Jemy Pauwels, investment director at Demcon: “We have a lot of experience when it comes to developing medical technology that can contribute to solutions for social problems, such as the overburdening of healthcare. Demcon has all the expertise that is needed for designing systems that meet the demands of both healthcare professionals and patients. We can also produce these wearable devices reliably, in accordance with guidelines for medical products.

The wearable will be introduced to care institutions and professionals, and then possibly to consumers directly as well. This medical technological innovation can thus contribute to the overburdening of care facilities, among other things, but also to the desire of elderly people to live independently at home for as long as possible. 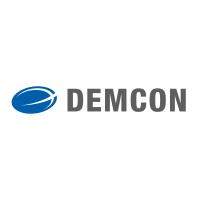