Thijs and Melvin are not even thirty yet, but they can still call themselves directors of SKEPP. They have been involved with SKEPP from the very beginning, and they took over from former CEO Joost Lansink in the summer of 2020. They complement each other perfectly because Thijs and Melvin specialise in different fields.

This article is part of a series called “Twente Leeft!” (Twente Lives!). You can read personal stories here about living and working in Twente. Twente is a nice place to be, according to the talents we meet. The beautiful nature, space and the down-to-earth mentality all characterise Twente. There are also plenty of career opportunities! Twente has many innovative, international and future-proof companies that are desperate for staff. Want to know what Twente has to offer? You can find Thijs van Eerden and Melvin Hamer’s story below.

Thijs and Melvin have completely different backgrounds. Thijs is from Harbrinkhoek and now lives in Almelo. However, he does want to return to Harbrinkhoek soon. “I’m not a city boy. A village suits me a lot better.” Thijs studied Real Estate at Saxion University of Applied Sciences and came to SKEPP for his graduation internship.

Melvin is from Apeldoorn and came to Twente to study Art and Technology. Melvin: “I had no idea what I wanted to do, but I was interested in media. The Art and Technology study at Saxion would teach me a lot about media in all kinds of forms, and that is very interesting to me.” He was fed up with travelling back and forth from Apeldoorn to Enschede after doing that for six months, so he chose to live in a student room in Enschede. “I came into contact with programming during my studies as well, and I enjoyed doing that. I also got a part-time job at SKEPP to work on the website later on.” 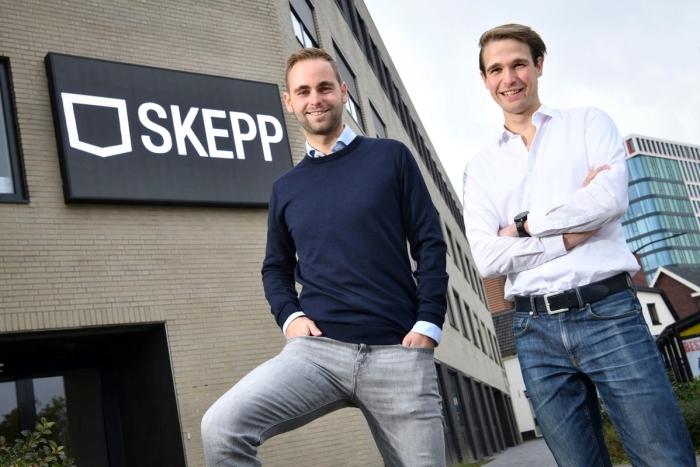 Thijs and Melvin have both been involved with SKEPP from the beginning. Thijs was allowed to stay after his graduation internship and started doing all sorts of things. “We have a team for everything now; a team for Finance, Marketing, Sales and Development, among other things. This was not the case at the time, but we were already growing. I was doing a bit of everything at the time. I found out what I enjoyed in my work because I could do so much at SKEPP. I mainly enjoyed the commercial aspect, as well as the contact with people.”

Melvin was able to work on the website more and more, and he was given a lot of freedom to do so. “It got busier and busier at SKEPP at some point, and more and more colleagues joined. I then started a full-time job at SKEPP after my studies and was given the responsibility of managing the Development team.”

Taking over from the CEO together

Thijs and Melvin grew in their respective fields in their own way. “Entweder, the venture builder behind SKEPP, asked us whether we wanted to take over from Joost at the beginning of July. We are still not sure why they chose us for this,” jokes Melvin. “It was mainly because we were both involved with SKEPP from the beginning, because we know the culture of SKEPP and because our different disciplines and personalities complement each other very well.”

Thijs adds: “Neither of us is the type to be ‘above’ our employees. That doesn’t suit us. On the contrary, we like to be on the same level as our employees. We also understand each other very well and complement each other nicely. It’s nice to spar with each other when you end up in a situation you haven’t experienced before. We will not go left or right but almost always end up in the middle. And that is often the best solution.”

“We only found out afterwards that the talks about taking over SKEPP were held separately from each other and that we both indicated: ‘Yes, I want to take over, but only if he does as well.’” 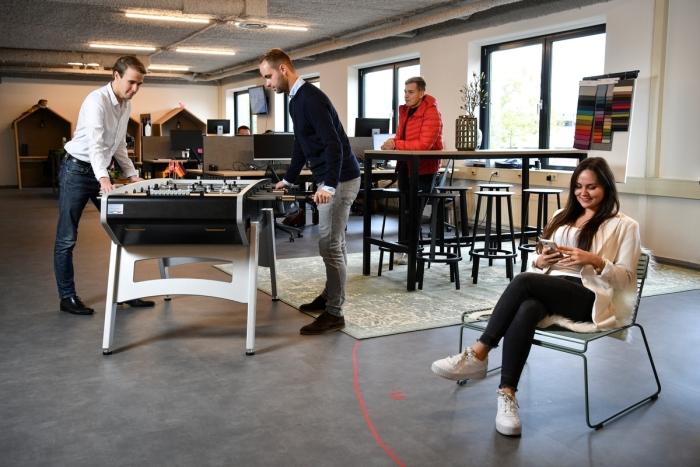 “We only found out afterwards that the talks about taking over SKEPP were held serparatly from each other and that we both indicated: 'Yes, I want to take over, but only if he does as well”

Melvin no longer sees himself leaving Twente. “I still think that Apeldoorn is wonderful when I go there to visit my parents or my in-laws, but I have secretly become a fan of Twente. Not only for my personal life but also for business and entrepreneurship. Thijs and I both think that it’s very important to keep both feet on the ground and to be and stay normal.”

Thijs: “I would often visit the Randstad for SKEPP several years ago, for a festive opening of an office building, for example. I would look up to the –in my eyes– big boys sometimes. We have shown that SKEPP has also become one of those big boys in recent years. The down-to-earth mentality also characterises the way of working in Twente: standing with both feet on the ground and working hard to achieve great results. I’ve been working at SKEPP for six years now, and I’ve learned that the mentality in Twente is appreciated outside our region in those years: saying what you do and doing what you say.”

Thijs and Melvin have already learned a lot during their years at SKEPP, and they will continue to learn a lot in the coming period in their new positions as director. Thijs: “You can only grow, both professionally and personally, if you fall a hundred times, get up a hundred times and repeat it.” Melvin: “And it is so important to always give your own opinion, even if it’s not always appreciated. It might clash sometimes, but that’s exactly how you learn. We always say: ‘No brilliance without friction!’” 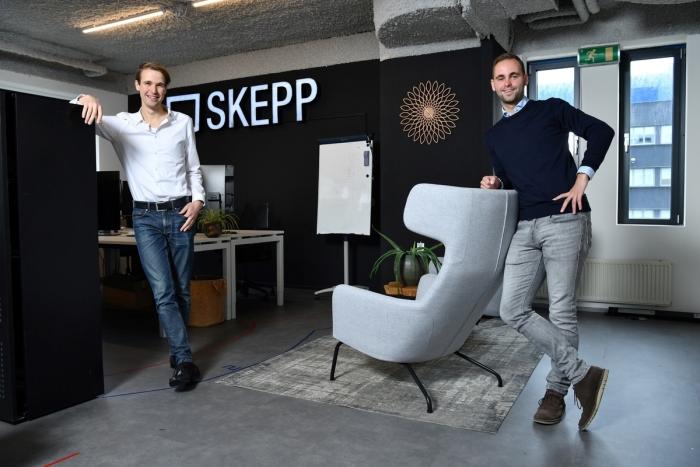 Wouter has the opportunity to work on his patent in Twente

Robert gets the opportunity for a career switch in Twente

Melvin likes the combination of Enschede’s bustling centre and the nature around it. “Enschede is a student city that buzzes with energy. There is always something to do there, but it also only takes me ten minutes by bike to be in the middle of peaceful nature. There is a lot of nature in Apeldoorn, too, of course, but Twente’s nature is much more diverse. We like to go for walks with the dog, and we can go in all directions here in Twente.”

Thijs thinks that the mentality, sobriety and sociability characterise Twente. Melvin adds: “I have come to appreciate the mentality in Twente very much as well. Just being ‘normal’ around each other and having a great time. And the trust in each other is extraordinary as well. I don’t have to pay a deposit or leave any details if I want to rent a bicycle trailer for the dog at the pet shop, for example. You see that trust in each other a lot in Twente, and I like that very much.”

Thijs: “A nice thing to end with: we do both enjoy going to the Randstad or other parts of the Netherlands for work, but we will only feel at home again when we return to Twente!”