Rense Kuipers has really found his way. Although he still dreams of a career as a (novel)writer, he is very satisfied with where he is now. And rightly so, he has a great and challenging job at U-Today, the independent news medium of the UT, where he writes about important and engaging topics from innovative Twente. Also, he can make a difference in the region that he is so proud of through his role at the Young Twente Board. Want to know more about Rense? Read on below.

Rense Kuipers is a journalist, but a writer above all. You could best describe him as stubborn. “I don’t like to listen to what I am told”, he says. Rense was born in a small village in Twente with around 800 inhabitants. The village is called Tilligte. The village feel of Tilligte certainly has its charm, says Rense, but he is now living in Oldenzaal. He could already buy a house there when he was 25 years old. Buying a house at that age is something that, according to Rense, would not be as easy outside of Twente. He also followed his studies there, because there are plenty of great studies in Twente. He studied Business Economics at Saxion University of Applied Sciences but stopped when he discovered that this was not the right study for him. He made a switch to Media, Information and Communication, also at Saxion. Rense has a passion for writing. 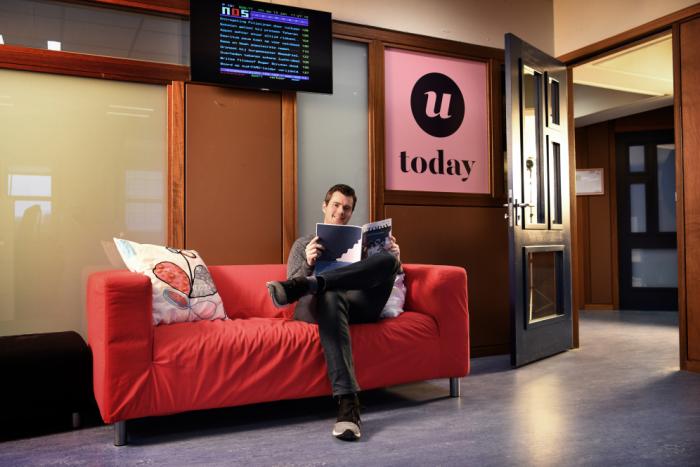 A passion for letters

This passion started at a young age. At primary school, Rense’s teachers found out they did not need to push him to read. He did it on his own. In high school, he was always way above the minimum number of words required when writing a story or essay.

“I just kept on writing until I had a complete story. And then the passion was born. I thought: “well, this is something I want to do more often”.”

Rense soon came up with the idea of writing novels. He made his first, in his own words, brave attempt at this at the age of seventeen. “But it was not great. I then came to the conclusion that this was not good enough, and that I needed a thicker skin.”

Erik finds space for both career and hobby in Twente

Rense never lost the desire to resume writing his novel. As a student, he was ready to try again. Instead of doing an internship or taking a minor in another country, Rense chose to retire for six months to start writing. Rense was finally able to continue with his book. In this period, he was able to write the first 80,000 words of his manuscript. Right now, Rense has taken a break from writing, but he could pick up his novel at any time again to work on it and improve it. This urge for self-improvement has always been a part of Rense. He is not a perfectionist, but he wants to do the best he possibly can. “When I look back on what I wrote half a year ago, I realise that I have grown since then. You sometimes see styles of people that know how to write. I don’t want to pretend I can do that as well, but if you see how the best writers write and make a book come to life, then I still have a long way to go. But that is definitely something I want to commit to.”

“I can be a tourist in someone else’s life every single day. That is awesome.”

Twente is not only for technicians, but there is also a place for creative writers like Rense. Rense started looking for a job during the crisis. He says he had enough opportunities, even at that time. He has been working at U-Today for five years now. He feels at ease there but is challenged at the same time. “Every day is different here, that’s the great thing. I haven’t had a single day that felt the same way. I can be interviewing a scientist about hardcore cell biology at one moment and writing about difficult policy issues or student life in the next. As a journalist, you need to be some sort of Swiss knife; you know relatively little about an awful lot of things.” He can express his creativity at U-Today and write about things that matter. “We are an independent news medium, which is quite a special role. We have a critical view on things like policy and all sorts of developments here, even though we are just part of the organisation.” Rense meets many different people during his work, and that allows him to gain new insights time and again. 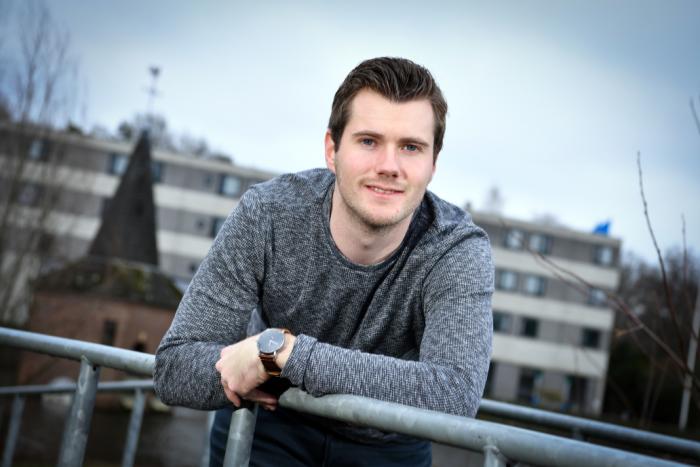 Rense feels honoured to represent the UT as a writer. “There are so many things here that are worthwhile, and I am happy that it is my role to write about them.”

To the west, why? That has never occurred to Rense. For Rense, Twente is not only the place where he found the perfect job, but also where he feels comfortable and has room for his hobbies. “I love running and cycling. I do like to also go into town, but the city and the countryside are both within reach.

“I never needed to look further. Why would you, when you have a good life here? For me, everything I need is right here.”

Twente is a very innovative region that focusses on showing itself. “I love the urge to prove yourself.” Rense does want to emphasise that he does not like the contrast between the regions. We must not let prejudices stand in the way of cooperation and, on the contrary, look at what we have in common. There is nothing wrong with being proud of your region, and perhaps it is a good thing to welcome all the beautiful things that are so close. “I don’t need to go backpacking in Australia to see the beauty of the world. I can easily find this beauty close by.”

Twente is a region where you can make a difference. Your input is central, precisely because everything works on a smaller scale. At U-Today, Rense works in a small team. This gives him more freedom to organise things and take the initiative. “You can be much more creative at a small organisation, compared to a large multinational.” Rense believes it is important to be able to make a difference, which is why he chose to join the Young Twente Board next to his job. The Young Twente Board consists of 10 enthusiastic people from Twente. They want to give young people the chance to take the region a step further, because of their love for the region and their connection with it. They offer conceptual input and function as discussion partners and connecting factor. “At Young Twente Board, I get the opportunity to take a critical look at certain policies and the path that the region is taking, really just like with U-Today. We are here to spread the voice of the youth.”