This article is part of the series "Twente Lives!" Here you can read personal stories about working and living in Twente. According to the talents we speak, Twente is a good place to be. The beautiful nature, space, the down-to-earth mentality are all things that characterise Twente. Besides, there are plenty of career opportunities! Twente has many innovative, international and future-proof companies that are crying out for staff. Do you want to know what Twente offers? Read the story of Wilbert Jalink below.

Wilbert worked for a while in Sittard, which is not nearby. "In retrospect, it's crazy," Wilbert says. "Sometimes I'd be in a hotel, but I'd also ride back and forth from Sittard to take part in an evening tennis tournament at Weusthag in Hengelo."

Once, he took an inner road instead of the highway to Enschede on his way home. Then he saw flags waving at Victa with the logo of Qlik, which Deloitte also worked with. I was curious about the company and discovered that they do the same job that I was doing at Deloitte. At the time, they were still looking for a senior too." 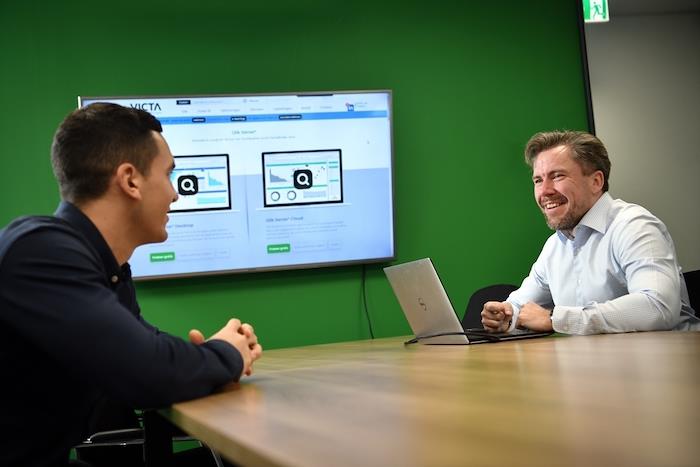 The rest is history because, since 2013, Wilbert works as a senior at Victa. He is just as happy with his job as he is to live in Twente. Especially the combination of technical knowledge and thinking along with the customer appeals to him. And that's exactly why he completed two studies. "I'm a bit of a 'nerd", he says. "I've always liked gadgets and still do." To illustrate, Wilbert talks about his newest gadgets: the automatic lock on his front door at home and the doorbell with a camera. "But apart from the technical side, I also like to think along with customers and come up with solutions. That combination is pleasant, because I may be a 'nerd', but I am a 'social nerd'."

In Aruba, he works for a customer in mobile telephony and internet sector who now faces the transition from prepaid to subscription calling, similar to the situation of the Dutch telecom industry years ago. "By using business intelligence, we can apply data analysis and find out very specific information. We use this information again to take targeted action and to anticipate the expected movements in the market. Although this is the biggest player in the telecom market for Aruba, it is not the only major customer for Victa. We also work for a hospital on Aruba, customers in Austria, Volvo in Sweden, and an increasing amount of German companies rely on us."

"Besides the people, I also think that here in Twente we have a lot of fun activities and events like the Military and the Easter fires. I love it to be just with a farmer in the yard, a marquee and the owner who says: grab a beer, put some money in a milk can and enjoy it. Also, I enjoyed the carbide shooting back in the days. And of course, FC Twente, who are now playing a lot better, fortunately. There is always a good vibe amongst supporters in the stadium. It's always a pleasure to be there, sometimes for business in a skybox, or else just in the stands. The last time I was there, Twente played against Groningen. I was hoping to see Robben play, but he was injured. Fortunately, we won with 3-1. The experience of being in the stadium with so few people felt different compared to regular games, but it was still nice to be there again."

Although most of his colleagues now work from home and as a senior consultant, Wilbert usually spends most of his time with clients, the company culture at his employer is also an important factor for his job satisfaction. "Once a month, we sit down with the consultants to have a brainstorm session. We have a staff party regularly and sometimes we also visit each other at home. We have a friendly bunch of colleagues. So, for the time being, I am not finished at Victa!" 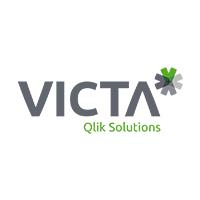 Show all vacancies at Victa