Jana Nolting was born and raised in Germany but would call herself a real Tukker now. She feels at home here. Jana ended up in Twente when she went to study Human Resource Management at Saxion. After that, she worked at Twente companies Demcon and Dura Vermeer. She stayed here because of the great challenges that lie here, the familiar culture and the beautiful nature in which she loves to go for a run. Want to know more? Read on below.

Jana Nolting grew up in the German countryside. She had a cosy childhood; she grew up in a family home with her parents, brother, sister, and grandparents. She was very content there, but always had a special bond with the Netherlands and wanted to live here. During holidays, Jana and her parents drove across the Netherlands to the Eemshaven, where they travelled by boat. During these trips, Jana became convinced that her true home is in the Netherlands. Jana now lives in Twente, and she feels this is where she truly belongs. She decided to study in Twente since it borders with Germany. Enschede is about 150 kilometres away from her parents’ home, so visits are still possible. 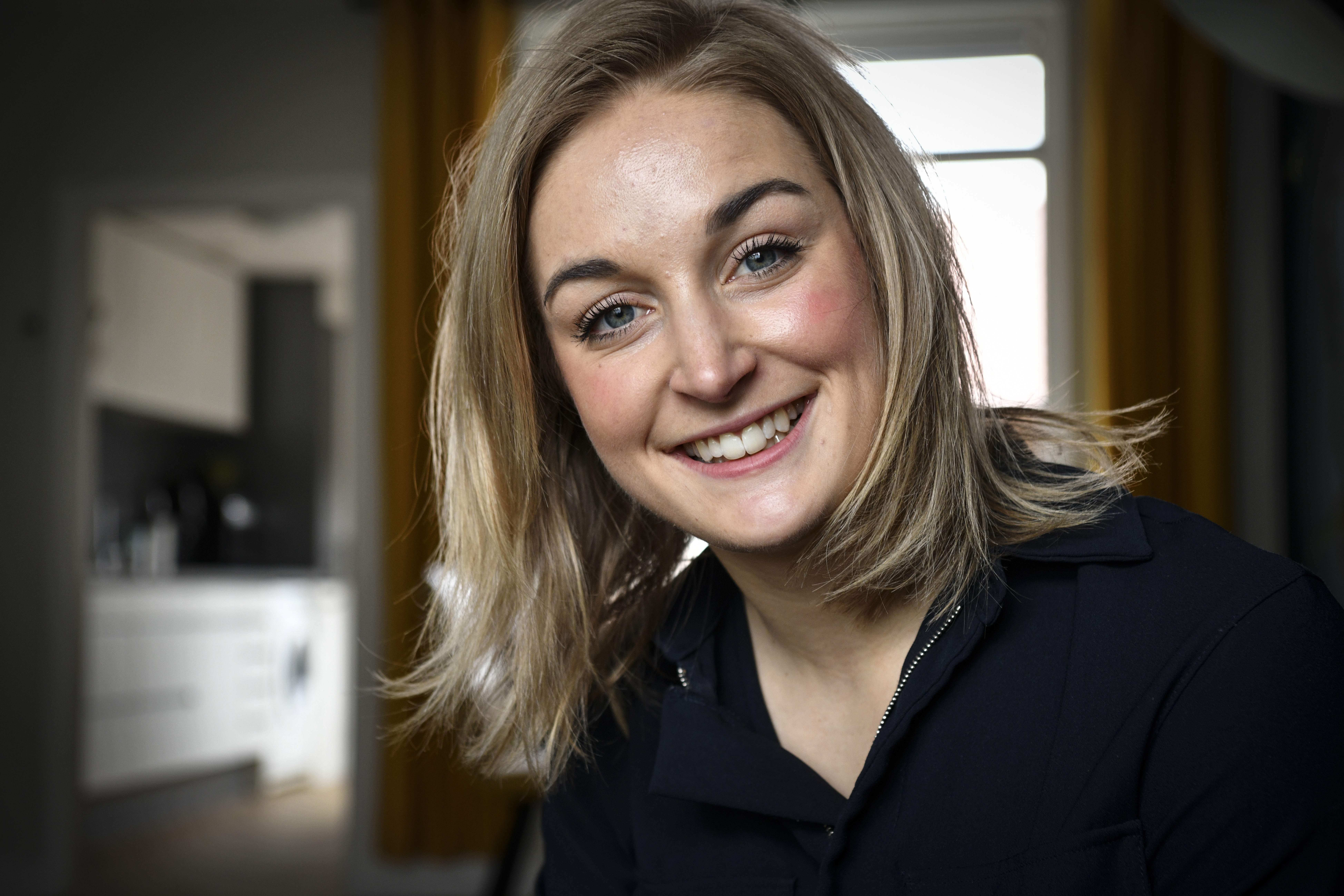 Jana knew what she wanted to study after finishing high school: Human Resource Management, preferably at an international level. “I then came across Saxion in Enschede and thought: ‘that’s perfect!’. I’ve always wanted to live in the Netherlands when I was a child. I eventually ended up in Enschede because I went to an open day. I enjoyed that day a lot. It just clicked.” Jana did her graduation internship at Demcon, a company that has Twente in its blood and is known for its respiratory equipment, among other things. Jana continued working at Demcon after she graduated, as an HR Assistant in the Recruitment team. “I got to do a lot of fun projects there, got a lot of useful insights and worked with very nice colleagues.”

“I then came across the Saxion in Enschede and thought ‘that’s perfect!’.”

Circular construction to relieve the environment

Jana did want to continue learning, though, so she started a premaster at the UT last year, after which she naturally wants to do a master’s programme. Jana thought it was important to continue gaining work experience during her studies, so she found a job with Dura Vermeer for three days a week. Dura Vermeer is a construction company based in Hengelo, and they build houses and hotels, among other things. Jana has been working for the company for two months now and has been working mainly from home since she started working just before the corona crisis. “Dura Vermeer is a great company. There is a very innovative and family-like atmosphere. You get a very warm feeling when you walk in, and the people are incredibly friendly. It feels like a family; the team is very close. There are many creative workspaces, and you get truly inspired.” Dura Vermeer has set up their office in a circular manner in collaboration with Leferink. You can read more about that here.

“I hadn’t really noticed it until my boyfriend said it to me: ‘You’ve become a real Tukker!’”

“I also did an internship in the west of the country during my studies and got homesick for Twente. I went back to Twente every single weekend because my boyfriend and I live in Enschede. I would always feel like being home again after passing Deventer. I hadn’t really noticed it myself, but my boyfriend said it to me: “You’ve become a real Tukker!’” All in all, Jana feels right at home here and is devoted to Twente now. “It’s just a wonderful place, I love the nature. The people are open and friendly. I feel at home in the familiar culture Twente has.” Jana often goes for a run in a nearby park. It is always easy to find nature in Twente, even if you live in a city.

Can this solution from Twente help us with going back to our offices safely?

TenCate Protective Fabrics and partners are developing a sustainable solution for the shortage of medical isolation gowns.